In the continuing saga of planning the holiday meal menu, I finally settled on starting one of the meals with the seafood spring roll that I was served at Matsuhisa, LA as part of an omakase meals.  Luckily for me, Matsuhisa-sama had this item written up in Nobu Now (p 56,57) – the Kuruma Shrimp Roll.  Still slightly unsatisfied with the way my dessert harumaki had turned out, I ran over to Hong Kong Market (nee Super88) in Allston, MA to get a pack of the  TYJ Spring Roll Pastry Sheets (8″ sq, 25 count).   In the time between the writeup  of the dessert harumaki and this project, I did put in a call to Matsuhisa, LA and had a chat with Chef Yasu Homma regarding this matter (8:46pm. 12 Aug 2015).  Chef Homma confirmed for me that all their spring rolls use ‘feuilles de brick france/10 pastry brick dough’ from White Toque.  I followed up that conversation with one at Martys Fine Wine/Gourmet Foods in Newtonville, MA about ordering that item around the holidays.

So this opening course would require maui onion salsa and then the ingredients for the spring roll.  Since I couldn’t get the maui onion, I substituted about 1/4 of a medium sweet onion.  The salsa called for: 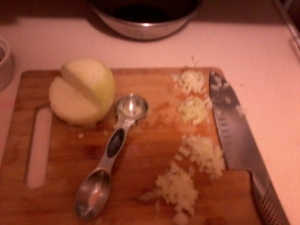 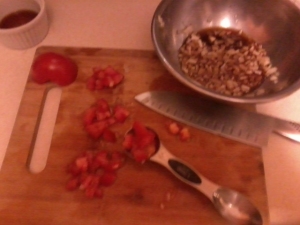 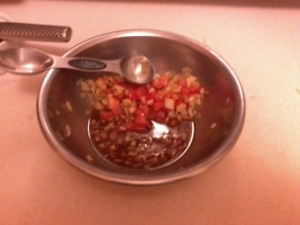 tomato added to onion and ponzu 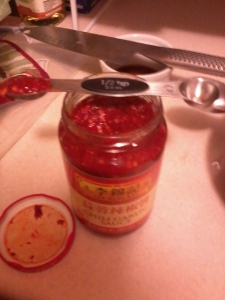 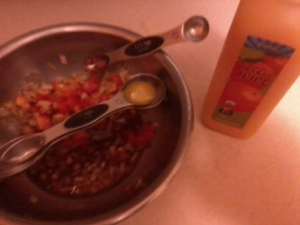 a little orange juice to finish the salsa

These ingredients were to be mixed altogether.  In this case, I combined the ponzu with onion first before combining all the ingredients together.  For one spring roll filling, I would need – 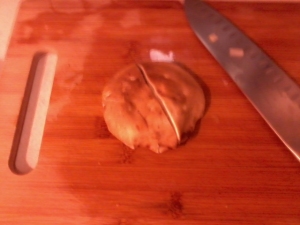 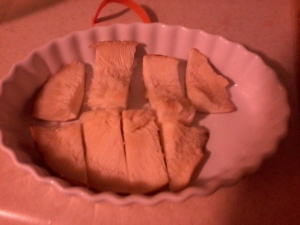 I then continued by cleaning, de-stemming some shiso leaves before halving them. 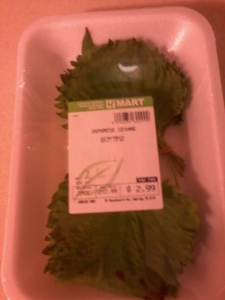 Shiso for the spring roll 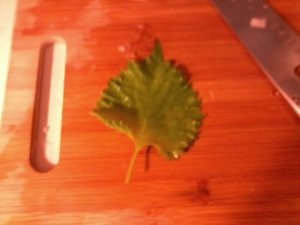 preparing a shiso leaf for 1 harumaki 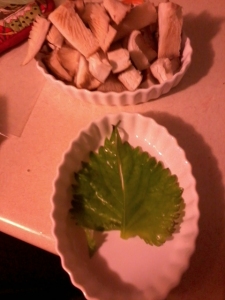 shiso leaf split for one harumaki

I got out some yuzu kosho I bought from HMart and then began splitting my prepared shrimp. 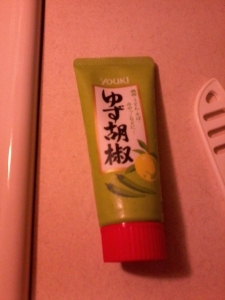 yuzu kosho to season the harumaki

So for this first attempt,  I rotated the spring roll sheet 45 degrees in a diamond formation and then laid in one shrimp, flat down and then the other half shrimp, shell side down in the opposite tail/head direction. 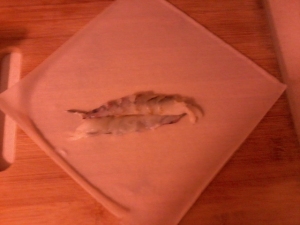 laying in a shelled,split shrimp head to tail/tail to hea; the wrapper turned 45 degrees

At that point, the shiitake pieces were laid on top, followed by dabs of the yuzu kosho and then the shiso leaf halves (using the yuzu kosho dabs as a ‘glue’ to hold them in  place. 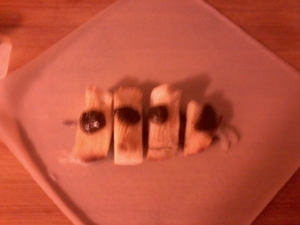 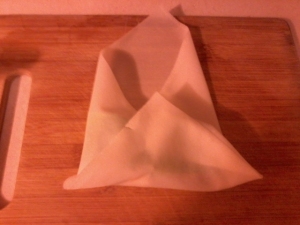 rolled the package away from me. I stopped just before finishing to dab a little flour/water paste to seal the roll and finished the 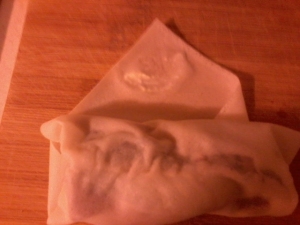 processing of sealing the roll.  The first attempt didn’t look that pretty, so I tried again with the bottom of the spring roll wrapper squared off to me.  Again, I loaded in the shrimp, shiitake, yuzu kosho and shiso fillings as I did before.  I folded in the sides and then folded up the wrapper closest to me and rolled the harumaki away from me, stopping just short to seal the harumaki with a bit of the flour/water paste. 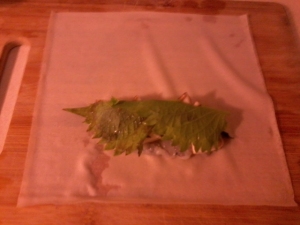 another harumaki set up with the wrapper squared off

The result looked more like what I expected.  I then went and made EIGHT more! 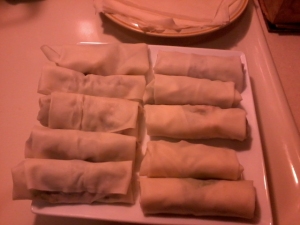 I actually made 10 orders!

I set aside six for a later time and prepared to cook 4 spring rolls to start the evening dinner. 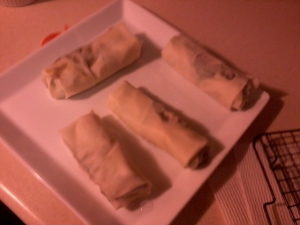 Because of what I was told at Matsuhisa, I poured a couple of inches of rice oil in a preheated pot (and about 66% max power) 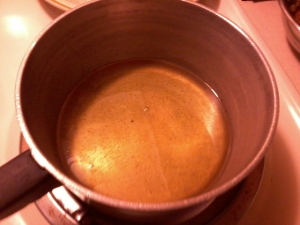 heating the rice oil to fry the harumaki

I waited for the oil to reached temperature (testing like I did with the dessert harumaki) and then began frying the shrimp spring rolls. 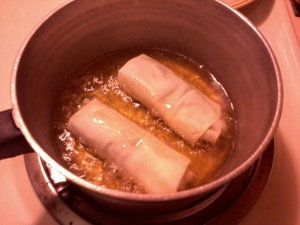 cooking up the shrimp spring roll

All told, it took about 2 1/2 minutes a side to cook the spring rolls to get it golden brown and delicious. 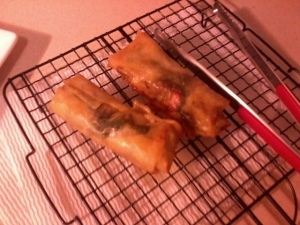 And so I would cook up one more pair of shrimp harumaki.  While the spring rolls were draining of the oil, I filled two dessert glasses with 3 tablespoons of the onion salsa and then placed the spring rolls vertically into the glass. 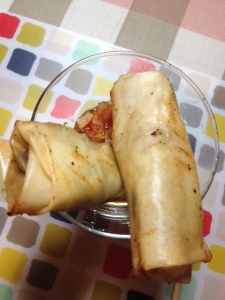 These rolls very much reminded me of the one I had when I had an omakase with 3 other friends at Matsuhisa, LA (28 Dec 2006); my wife remarked about it’s surprising momentary spicy bite that was gone in a flash and then tasting all the other ingredients.  I’m going to definitely do this appetizer – probably for the Christmas dinner….!

This entry was posted on August 17, 2015, 9:30 pm and is filed under Nobu At Home. You can follow any responses to this entry through RSS 2.0. You can leave a response, or trackback from your own site.