My mother-in-law has been visiting/staying with my wife and I over the last several weeks.  During that time,  I’ve been busy cooking a number of meals that I’ve written about here.  Mom-in-law, unfortunately, never made it to our wedding back in Nov 2010 because of back surgery.  So I thought this weekend that I would try to make one of the entrees that was served at our wedding reception at Blue Ginger.  After consulting Chef Ming Tsai, he confirmed that Aromatic Shortribs With Root Vegetables was the base recipe for the Aromatic Braised Shortrib With Roasted Garlic Sweet Potato Mash and Apple-Frisee Salad that was served at the reception. The recipe can be found in his book, SIMPLY MING ONE-POT MEALS or online (see http://ming.com/foodandwine/recipes/simply-ming-season-8/pressure-cooked-shortribs-with-root-vegetables.htm). I  had to make a few minor alterations to the recipe because (1) my mother-in-law afraid of spicy food (the dish contains gochugaru – korean chile flakes/powder) and (2) I couldn’t get hold of celeriac/celery root the day I made the dish.  So here are the alterations I made –

1. For the chile powder I used 1 1/2 teaspoons instead of the 1 tablespoon from the book compared to the 1 teaspoon in the online recipe. 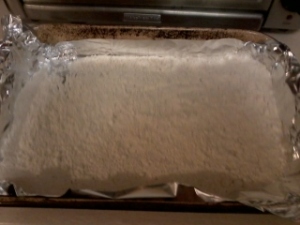 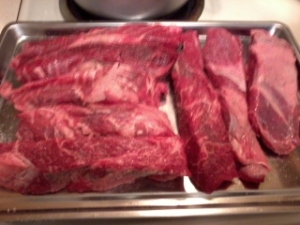 3. I used 2 ~6oz onions (there was no indication to the weight of the onions or whether they were of the sweet variety or not).
4. I left out the celeriac/celery root since neither Boston Haymarket nor Whole Foods Newtonville  had it. 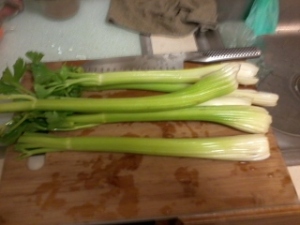 5. I used 3 parsnips totaling about 7 oz (there was no indication to weight of the large parsnip). 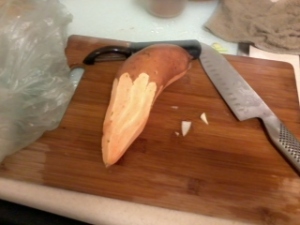 6. I left out the orange juice and the star anise, since it wasn’t listed in the book version.

So I then went ahead and seared the shortribs, two at a time, and set them aside.  The ccoking oil I was using rice oil instead of canola or grapeseed.

Once that was done, I sauteed the onions with 2 tablespoons of grated garlic for about 3 to 4 minutes.  In the book version of the recipe, it called for minced garlic, but I really find that using grated garlic seems to help recipes.

Sauteeing the onions and then adding the garlic

At this point it was time to load up my pressure cooker ( http://kuhnrikon.com/products/pressure_cookers/pressure.php3?id=21 ).  On the bottom of the cooker, I placed the onions.  I then proceeded to pile in the carrots and then all the other vegetables from the big prep

Carrots atop the garlic/onion mix

...all the rest of the vegetables join the party

pan.  The shortribs then got layered on top of the vegetables.

7. 2 tablespoons of the soy sauce as listed in the book version was poured. Frankly, I thought this amount was a little on the low side when I realized that…
8. I needed 11 cups of water to to fill the pressure cooker to 2/3’s max volume (and to cover the cooking ingredients.   So I guess estimated that I’d need about 2 teaspoons of salt to properly season the entire recipe.  In retrospect, I wondered, much like my experience with the chicken curry dish, whether I should have used 2 tablespoons of  soy sauce/cup of liquid instead of adding salt.

…and as recommended, I had gotten a baguette from Whole Foods to accompany the meal.  My mother-in-law loved the meal and my wife noted the flavors were very close to what we had at the wedding reception.

This entry was posted on August 22, 2011, 3:25 pm and is filed under MingTsai At Home. You can follow any responses to this entry through RSS 2.0. You can leave a response, or trackback from your own site.